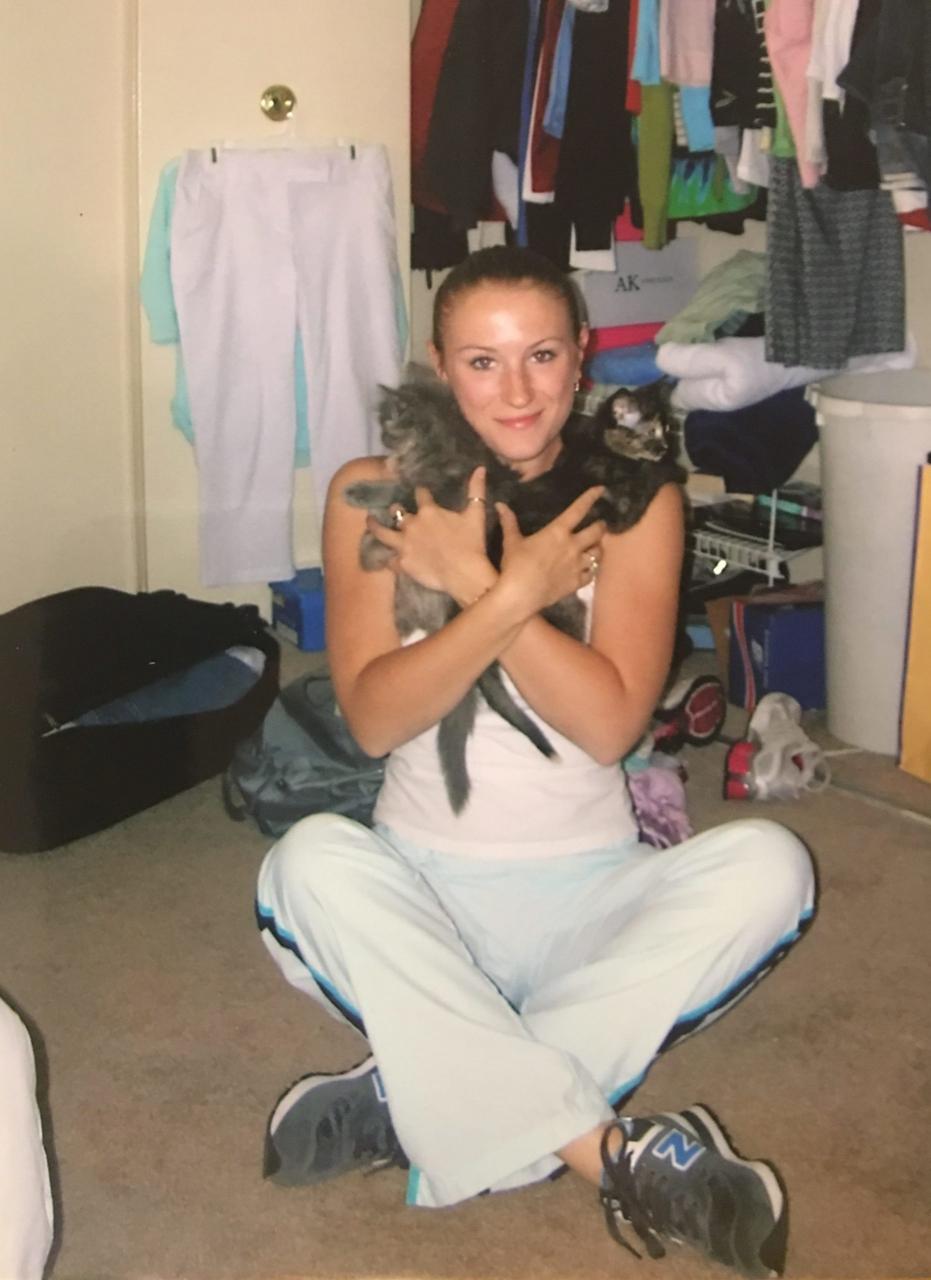 How I got sucked in, my day to day struggle and how I overcame anorexia.

Many months ago I started writing about my personal struggle with an eating disorder. This is the first time I put it ALL out there on pen and paper (or computer). I had it all planned out- to write about my experience in 4 or so blog posts and publish one each week. However, life got in the way… like being EXHAUSTED from being very pregnant and ultimately having a baby! So my maternity leave is drawing to an end and I’m picking up where I left off.

Last post I wrote about my downward spiral over the summer between freshman and sophomore year of college. I was starting to get comments and questions about what was going on with me. You can read more about it in my last post, My Personal Struggle with an Eating Disorder Part 2 and how it all began in Part 1 .

In Part 2, I left off talking about the yoga class I was taking and how I let my yoga teacher in on my secret problem. Honestly, I’m not sure she knew what to do or say but just getting it out helped. After this semester ended, I transferred to University of Maryland. This is when things got really bad. 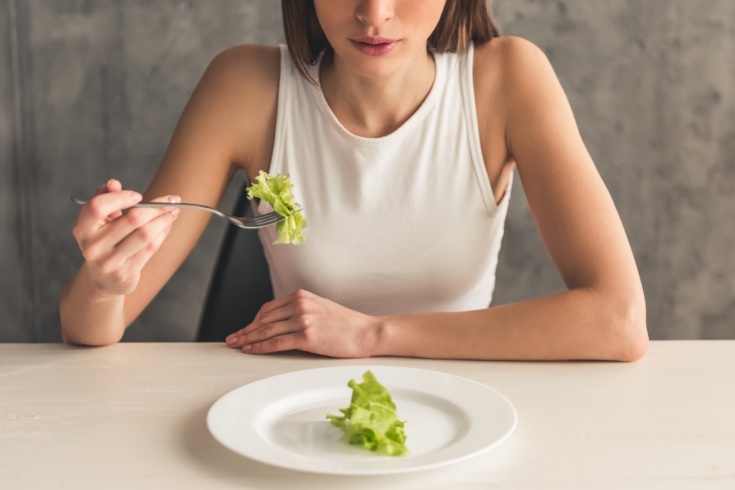 As I prepared to transfer to University of Maryland to complete the rest of my dietetics program, I decided to live off campus. I found a two-bedroom apartment and a girl to split it with. At the last minute, she backed out to go to another school. Needless to say, this screwed me over financially. It also forced me to live alone since I wasn’t able to find a new roommate days before classes started. If you’ve ever been in a dark place, you probably know that being alone for days on end is one of the worst things you can do. At the time I had mixed feelings. I was on my own, which felt great. At the same time, I was terrified because it was just my disorder and me.

Things really started to get to me and I felt out of control emotionally. I remember going home to visit my boyfriend a lot because I felt lonely at school. One night we got dinner from Sheetz (similar to Wawa or for those of you who don’t know, a fancy gas station with food lol). I ordered a salad and asked to light dressing. I watched them make my salad and drown it in salad dressing. My blood was boiling! That was waaay too many calories and fat! I was just beside myself but apparently too mad to ask for them to remake it. So I took it and was just mad. I think I only ate a few bites because I was repulsed by it. Another time I was at my apartment and burned my toast. I was so mad and upset that I just ugly cried.

Things really started to bother me way more than they should or normally would. I now know that your brain is a very large consumer of energy, which we get from food. Looking back, it’s no wonder I was a hot, emotional mess. My brain wasn’t getting enough fuel to even think straight! This just made my disorder even worse. If my boyfriend did something to make me mad, I would starve myself out of spite. The funny thing is he didn’t realize and probably didn’t care. I was only hurting myself and making things worse.

Things got really bad while I was in school to become a dietitian, which probably seems ironic. I would go to bed at night so hungry and thinking “if I can make it to the morning I can eat x, y, z.” I would plan out in my head what I was going to eat the next day and looking forward to that would get me through. During the day I would study and do homework in my apartment (bad idea looking back). I guess as a way to procrastinate I would spend hours looking at myself in the mirror. I’d pick every little thing about myself apart. I’d stand to the side and front to analyze my stomach- my gauge of if I was eating too much.

I look happy I’m fairly wretched. My cats were my main source of happiness at the time.

Every night I would go to the gym on campus to workout. For dinner would have a smoothie from Smoothie King in the gym. I purposely planned it this way so I wouldn’t have to eat a “real” dinner. Everyday I was in the gym, sometimes twice a day. I rollerbladed to class from my apartment and walked to all my classes on campus. I was eating very little and expending tons of energy. Exercise had always been a hobby but now I was killing myself to get rid of the calories I did eat. My goal was to burn significantly more than I was eating. As a result, I constantly had headaches, a hard time thinking clearly and just generally felt awful. Looking back, I probably could’ve gotten better grades in organic chemistry if I had eaten more and spent less time looking in the mirror.

Fast forward a year, I remember at times feeling like I went “overboard” on what I ate. I’m not even sure what I considered overboard at this point but it probably didn’t take much. When I felt like this I would attempt to make myself throw up. I was terrified of going down that road of purging so I was purposely unsuccessful. At this point I now had a roommate. Of course I didn’t want her to hear me throwing up and possibly ask me what was wrong, so this was a good deterrent. Instead I would just live with feeling extremely uncomfortable in my own skin. Kind of like my skin was crawling and I just wanted to jump out of it. I hated all of this- the way I felt, the way I looked and this whole thing. I just wanted it to be over with. 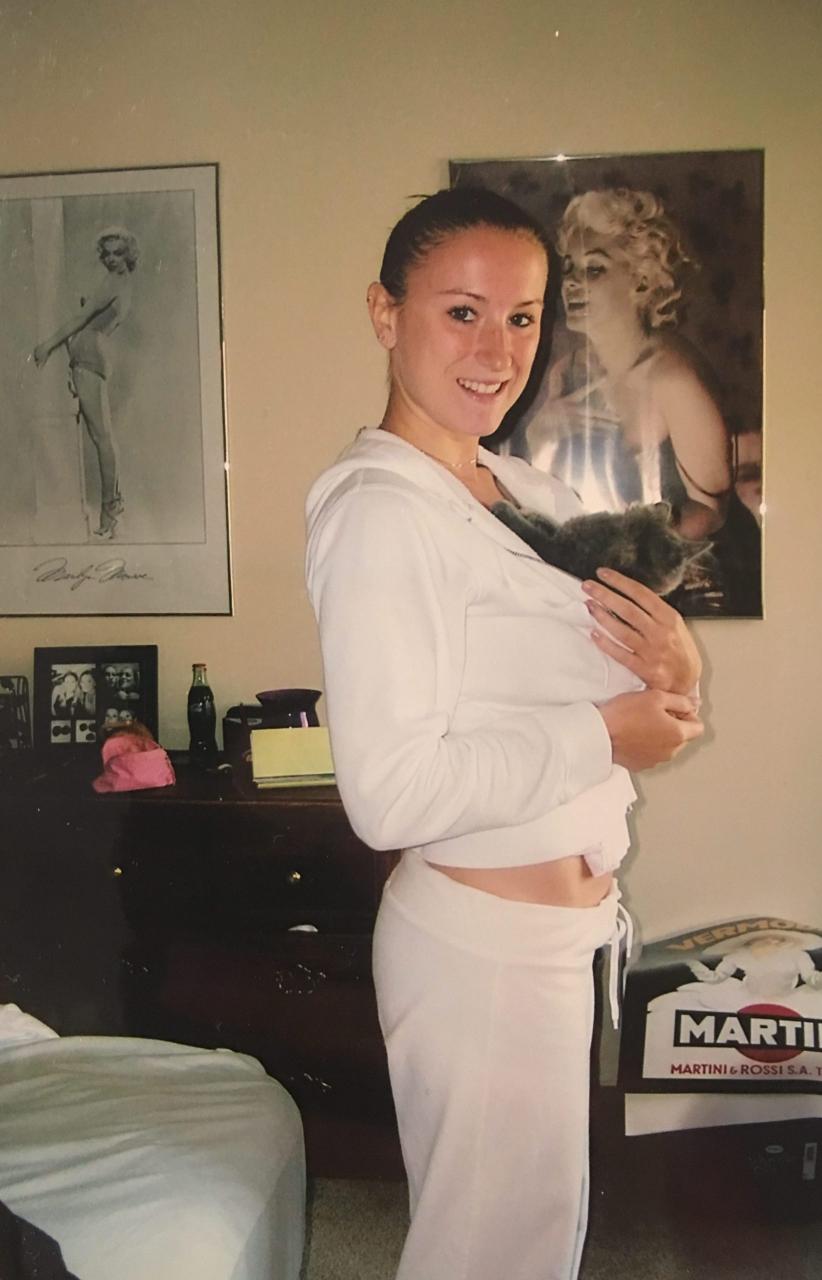 Things Are Looking Up

One day in one of my nutrition classes we had a guest speaker. She was a student on campus who was part of a group led by a counselor in the health center called S.E.E.Ds. It stood for Students Educating about Eating Disorders. She provided a lot of facts about eating disorders, how they can start, what they look like, the physical and mental health problems they cause and what treatment can look like. She also shared her personal story of being and athlete, wanting to eat better to boost performance and things quickly spiraling out of control. I was in absolute awe and finally felt like someone got me and understood what I was going through. Finally, I wasn’t alone !! I didn’t believe in God at the time but looking back it was like a divine intervention and God knew I needed to hear this!

I wasted time by taking pictures and then analyzing them afterwards like this one.

After the presentation, I mustered up the courage to speak to the presenter and tell her that I’ve been battling an eating disorder and I wanted to help spread the word about eating disorders as well. She invited me to the group and I attended the next meeting. Little did I know, S.E.E.D.s was also a counseling / recovery group for girls with eating disorders. They just happened to also give presentations on campus. If I had known this, I may not have shown up. However, the group was exactly what I needed to get started on the road to recovery. It was a safe space filled with other girls who were currently or had previously struggled with the same thing.

Everyone’s story was slightly different. A group leader even had a heart attack as a result of her eating disorder! Over time I decided it was time to tell my parents what was going on. They were receptive and offered to pay for me to see a therapist and nutritionist. I decided to not go this route thinking, “If I can’t help myself, how can I help anyone else?” Looking back, that’s not a good mentality to have because we ALL need a little help sometimes. Perhaps my road to recovery would’ve been a little shorter if I did get some professional help.

If you’ve made it this far in my story, thanks for sticking around! I’ll pick back up my long, bumpy road to recovery in the next blog post. In the interim, if you are reading this because you are personally struggling with an eating disorder or know someone who is, please don’t hesitate to reach out. I would love to talk through what you’re dealing with and how nutrition can play a role in your recovery.