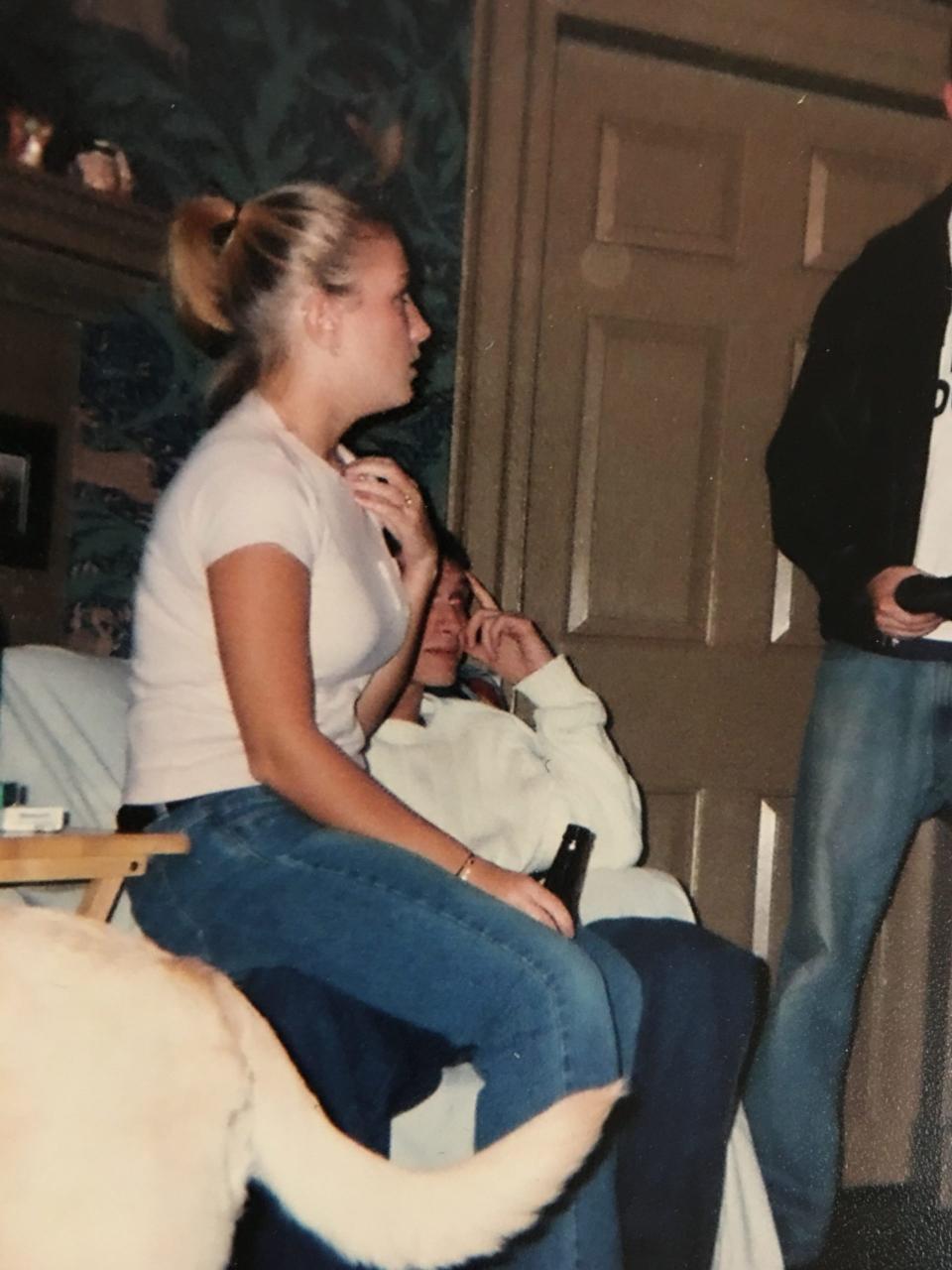 Realizing I had a problem, I wasn’t ready to change. “No food tasted as good as being skinny felt.”

If you did not get to read Part 1 of my eating disorder blog series, I encourage you to now. So let’s pick the story up where I left off, which is while I was in college. In fact, this is the majority of where my story will be. 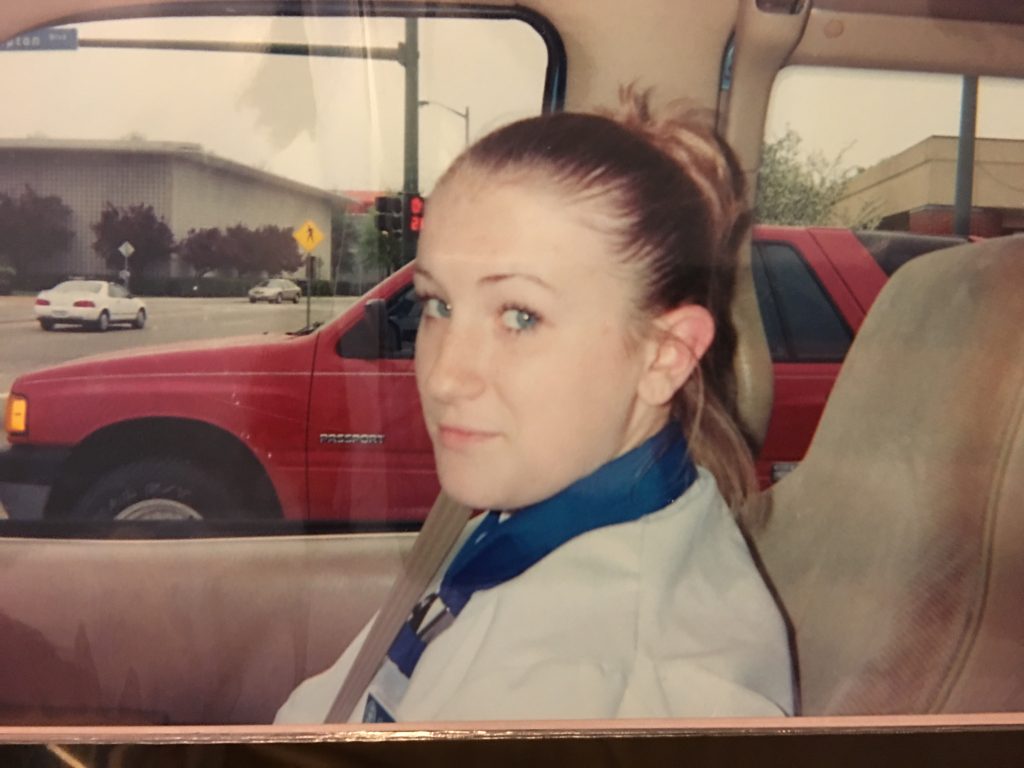 I left the story off when I was in my freshman year of college (culinary school) and had just stopped using diet pills. All the weight I had lost came flooding back on, unfortunately. At some point during the semester, I was in one of my cooking labs at school. All the sudden we heard and ambulance pull up and someone said a girl in the next lab fainted. It turns out this girl decided to become a vegetarian but hadn’t done her homework. Instead of eating plant sources of protein, she just cut out protein all together. While everyone else was worried, I thought this was the coolest thing! Nutrition is an exact science; not just eat whatever you want!

We were required to take a nutrition class while at Johnson & Wales, which I absolutely loved. After much thought, I decided that cooking for a career was not what I wanted to do. I loved food and nutrition and especially how it related to supporting an active body. Since culinary school is quite expensive to be unsure, I decided to not continue after my freshman year. After talking to my mom who did some research for me, we realized there’s a profession for me: a registered dietitian (RD)! Honestly, I didn’t know much about what an RD did or the requirements but I said sign me up!

University of Maryland offered the accredited dietetics program required to become an RD. So I decided to move home and knock out some prerequisite classes at the local community college. So I packed my bags and moved home for the summer. At this point, I weighed 155 lbs – the most I’ve ever weighed. For someone who is just under 5’4, that weight shows up easily. I didn’t like the extra weight I was toting around but I still didn’t know how to lose it. Diet pills were out of the question.

That summer I picked up a lifeguarding job at a pool that was 30 minutes away from home. I had made a number of friends at the pool and would stay late after work to hang out with them. Instead of going home for dinner, I was skipping dinner to hang out with my new friends. After a couple weeks of starving from lack of dinner, but having fun, I started to lose weight. I thought, “this is awesome, you don’t eat and you lose weight!” So as you can imagine, this is where things spiraled out of control into the depths of an eating disorder.

The Beginning of the Downward Spiral

Over the course of the summer, I started to eat less and less. This was partly in attempt to lose weight but also because I physically couldn’t eat more. I don’t know if my stomach was getting used to less food or what. Sadly, what I can remember is measuring out ½ cup of cereal for breakfast and not being able to finish that. I would feel nauseous so I would chuck the rest (about a ¼ of a ½ cup of cereal). Then I would go to work and hours would go by before I ate again. I’d stop by McDonald’s and get a 2-cheeseburger meal… I know, nothing healthy. I would only eat one burger with a few fries. Again, hours would go by without food. No dinner again because I was hanging out with friends. So I survived off 500 calories a day, if that.

Over the course of 2 months I had lost 30 lbs. I didn’t eat anything healthy. Instead, I ate junk and only a tiny bit. I started to feel out of control, like I couldn’t eat even if I wanted to. People started to comment on how I lost weight and looked great. That just added fuel to the fire. At some point I lost my period, which I didn’t worry about at all. In fact, it was just a disturbance to my life so this was an added benefit! I started to obsessively weigh myself multiple times a day. If I gained even an ounce I would become so depressed that I wouldn’t know what to do with myself. How I coped was to take a nap. 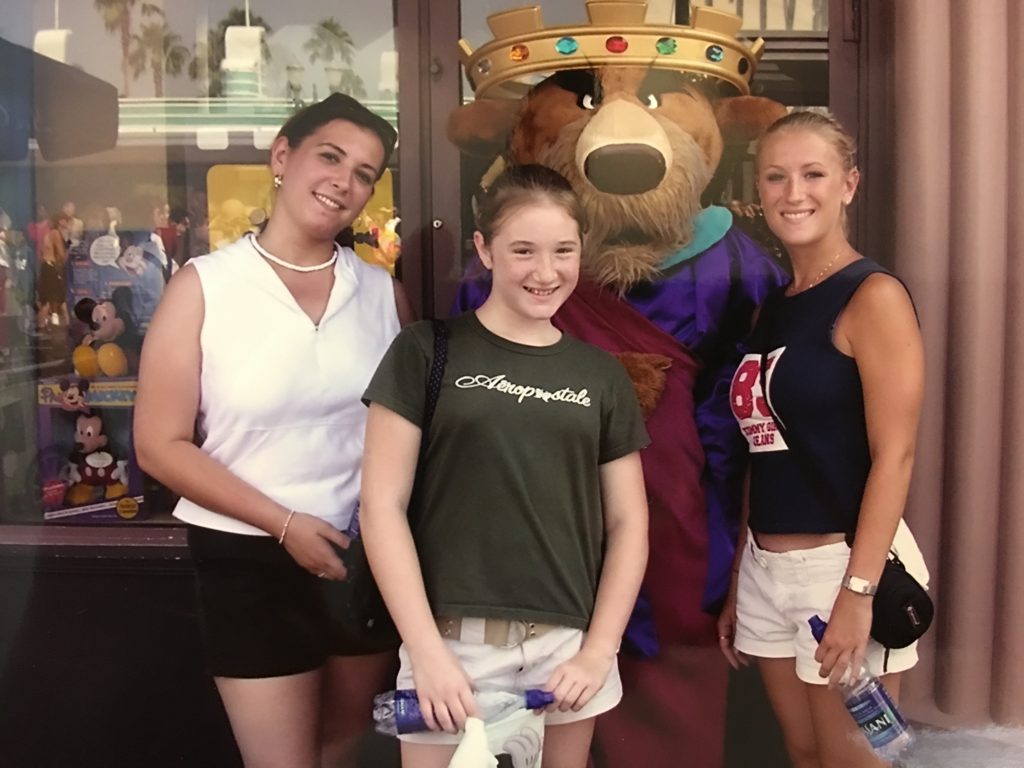 Kristen 30 lbs lighter on the right (wearing the same shirt)

Was There Something Wrong With Me?

Supermodel, Kate Moss, once said, “no food tastes as good as being skinny feels.” This stuck with me because this is exactly how I felt. It became my motto. Eventually my family started making comments. My sister would tell me I looked disgusting and deathly. I took this as a compliment! My mom would ask me if I were anorexic, to which I’d ​​say no and leave me alone. Even my uncle would point out how my belt, which was on the smallest hole, was falling off me. I ate it all up and I loved how I looked but hated myself at the same time. Ultimately, my goal was to be super skinny and take up as little space in the world as possible. I actually felt awkward sitting on a couch next to someone, like I was taking up too much space.

One day I had picked up the DSM IV (Diagnostic and Statistical Manual of Mental Disorders) from the library. I got it for a completely unrelated reason to my eating disorder but started to look in that section. After reading the criteria, I realized I had a real problem. I was anorexic! I met the criteria for restricting type, as follows:

Although I knew I had a problem, and now a name for the problem, I didn’t know what to do about it. I wasn’t sure I wanted to do anything about it because I still wanted to be skinny.

That fall, I started school at the local community college. I wanted to keep with my lack of dinner as to maintain my weight. So after classes ended (even at 6 pm at night), I’d pick up a coffee for “dinner.” This helped to curb my appetite and prevented me from eating. I started looking at nutrition facts and quickly memorized the nutrition information for everything. Even though I didn’t know the difference between a fat gram and a protein gram, I knew too many calories were bad. So I just counted calories and kept them as low as possible. Although I felt out of control and like a crazy person, I also felt very much in control.

During this time I became more interested in fitness. I picked a front desk position at a gym close by and started to workout more. I became friends with personal trainers and gym rats. As a result, I got deeper and deeper into the myths regarding nutrition and working out. I believed that eating fat and carbs together would make you super fat. For example, bread with peanut butter was off limits! Yes, I was told this and totally believed it.

I started to have “skinny days” and “fat days.” Skinny days were days where I ate “good” in my mind. Fat days were days where I ate “bad” and either ate too much or not the right type of food. As you can imagine, I had to make up for the bad days by restricting even more the next day. I can’t remember what or how much I ate at this point, but I know it wasn’t enough to support how active I was.

At school I signed up for a yoga class, which was an amazing decision! I loved the class and it helped me to feel more calm and centered. We were required to write a personal essay on ourselves every week on how we were doing in life. This was perfect for me because I could let on to my secret (since it controlled every minute of my life) to the teacher, without actually talking about it. I started this pen pal type relationship with the yoga teacher about my eating disorder. It helped me get my thoughts out in a safe environment. I couldn’t put all the pieces of the puzzle together at the time but I knew I felt crazy. She was the first person to know somewhat of what was going on in my life.

So this blog post has quickly gotten longer than I expected. Apparently, I have more to say than I thought I did! So I will pick this story up again and share with you my lowest moments – head over to Part 3 to see how I turned things around. (To be the first in the know about my blog posts, subscribe to my blog (to the right)!

If while you are reading this you are starting to realize you might have a problem, don’t wait to get help. That’s what I did and the problem dragged on for years – much longer than it should have!